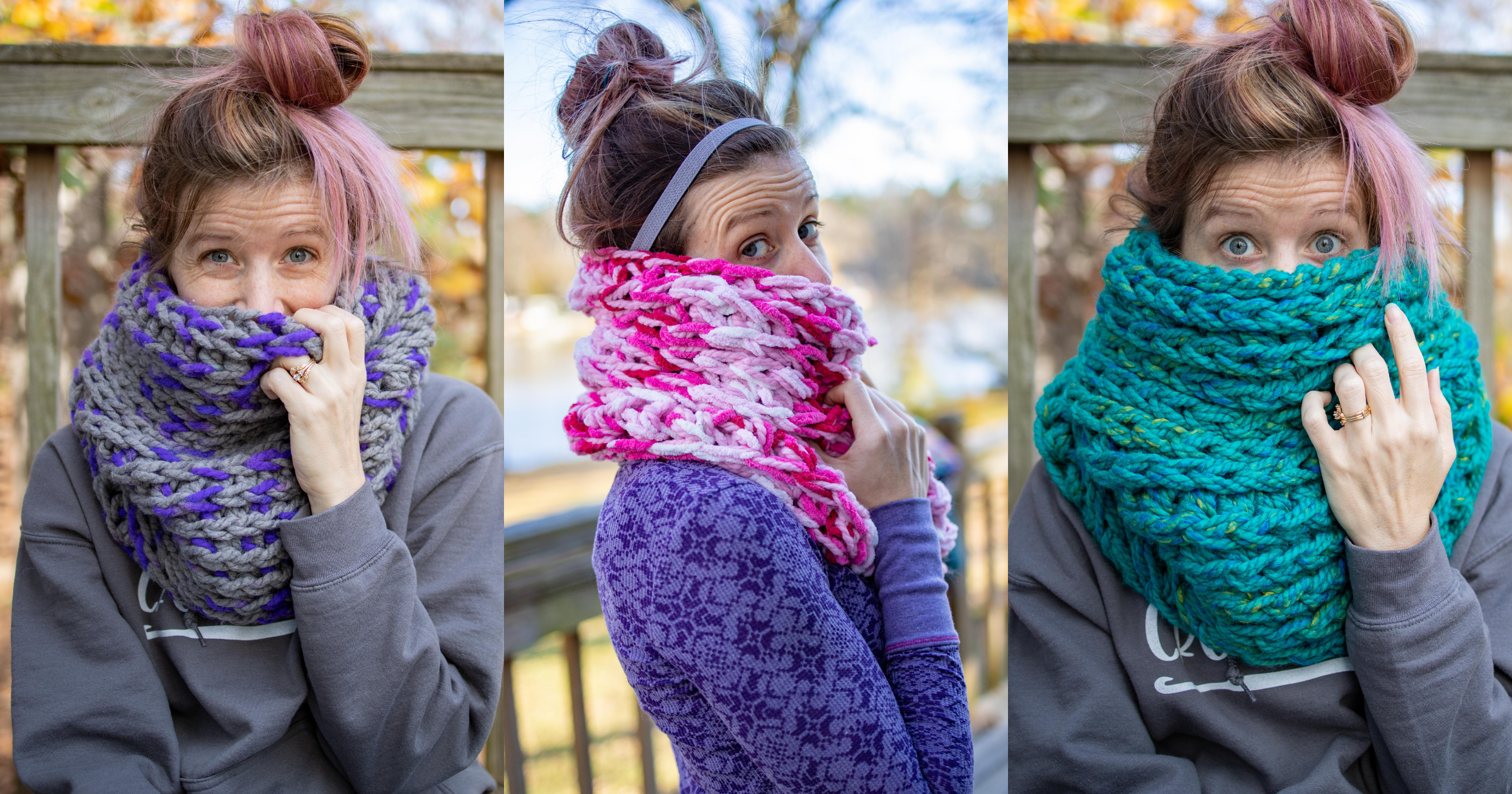 I am excited to be releasing my first crochet-a-long video mini series to show you how I make my super squishy, oh so cozy signature cowl! The series is only two videos and this scarf is one of those patterns you can work up in just a few hours with super bulky (6) yarn (I prefer to use Lion Brand Wool Ease Thick & Quick for this project) and a 25mm crochet hook!

I am one of those impatient crocheters who likes projects that don’t take longer than a week or so to complete–with the exception of chunky blankets and plushie unicorns that I indulge once in a blue moon! The pattern uses two strands of super bulky (6) weight yarn held together If you don’t have any super bulky yarn laying around the house or want to bust some of your yarn stash, you can make a “scrappy” version of this cowl by combining worsted and bulky weight yarn instead!

Alright, now that you have the materials you need (including a tapestry needle and some scissors of course!) let’s get started!!

I hope you enjoy my first go at a tutorial video! Please be sure to tag photos of your creations on Instagram @pinksheepdesign & #pinksheepdesign so I can see & share them!

Until next time… #happycrocheting & #keepcreating 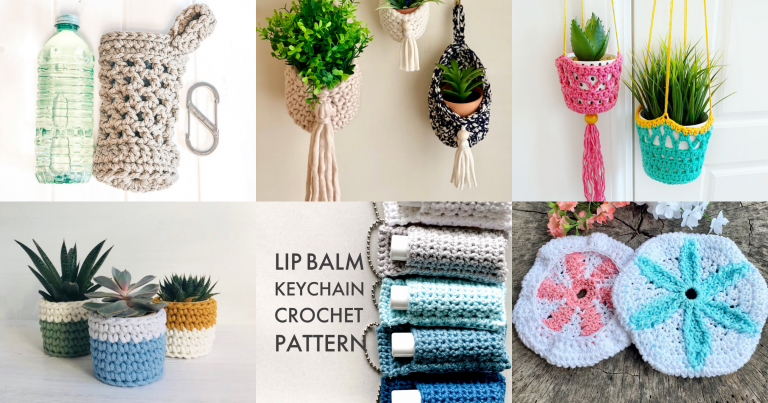 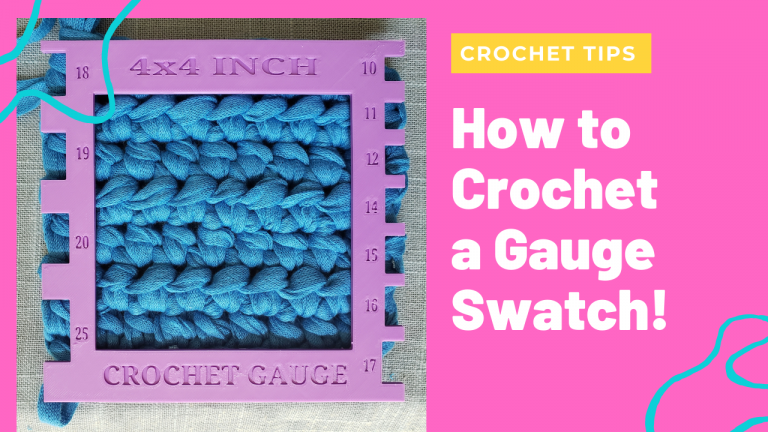 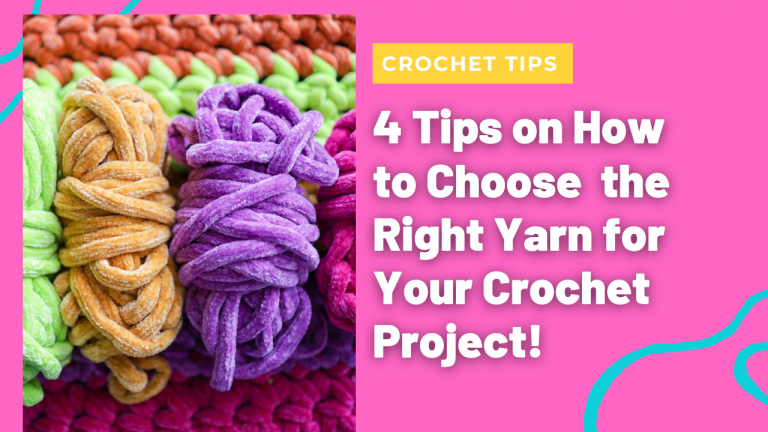 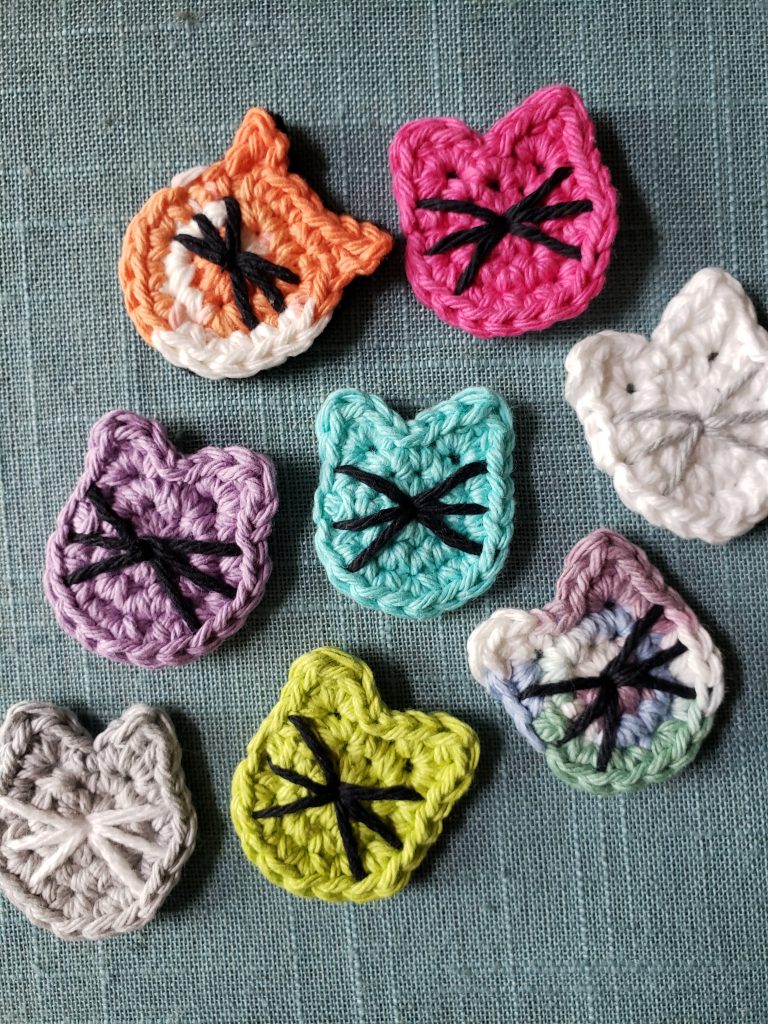 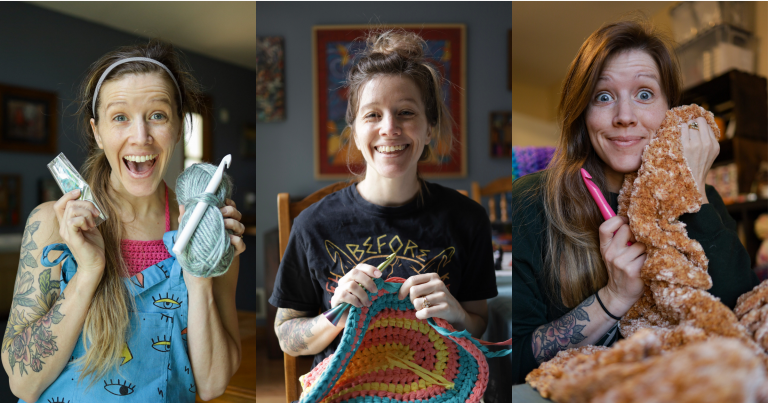